The Animism Tarot merges tarot and animals in a stunningly illustrated deck of 79 cards. Each of its beautiful cards, initially painted with an acrylic with a texture, depicts an animal of a particular species. This deck (naturally) comes with an extra Happy Squirrel card. The artist is available through The Game Crafter. This Animalis os Fortuna Tarot is an eerie but not disturbing 78-card black and white deck that makes use of bones and animals as the basis for every card. The major arcana cards is animals of different species as well as the suit cards have been modified to fit an animal world. The deck was self-published by the writer. 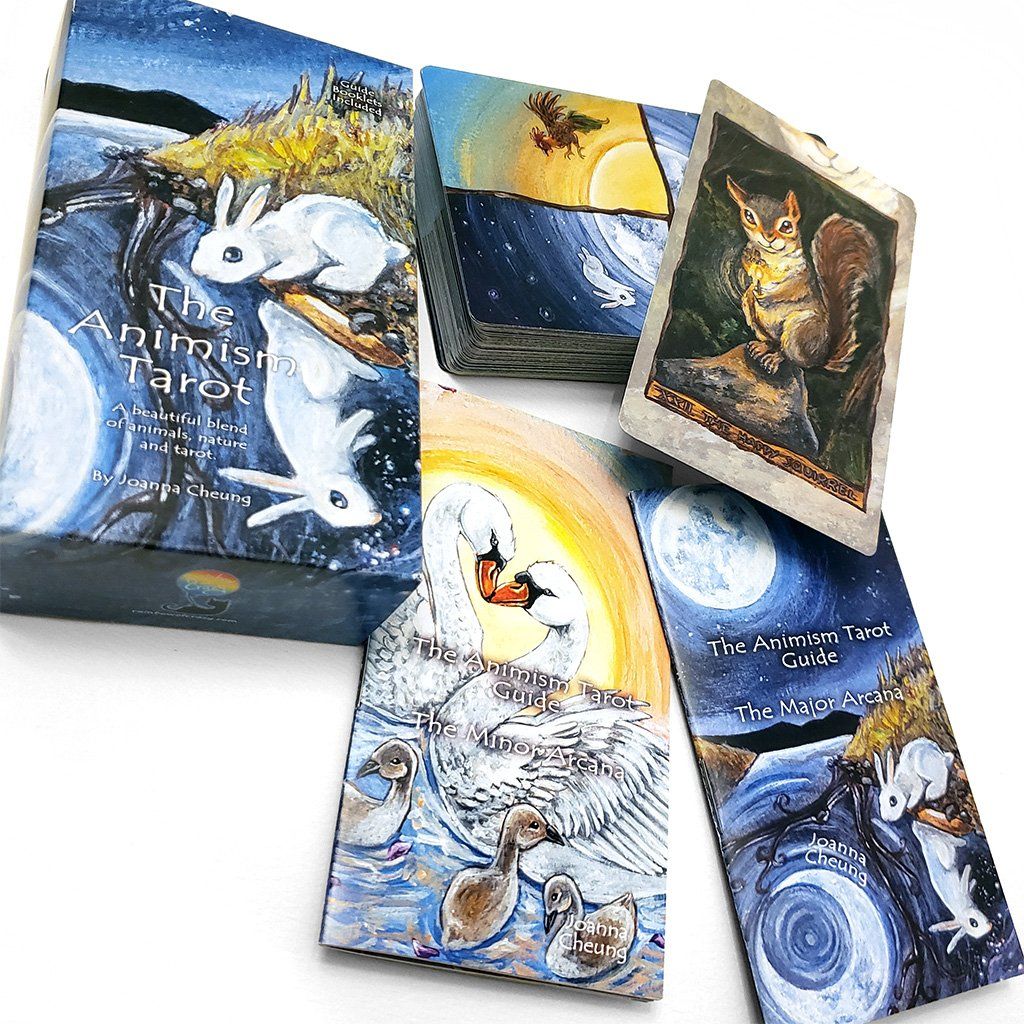