The Celestial Tarot is from the author of the Spiral Tarot, Kay Steventon. The pretty, non-traditional images directly associate astrology, the planets, and the constellations with the 78 Tarot cards. Twenty-two majors are zodiacal constellations and ten planets (Pluto is counted as a planet) of astrology. Each minor suit is associated with an astrological element of fire, earth, air, and water. The system includes Golden Dawn decanates, astrology, astronomy, myth and symbolism. Now available with a companion book as well as a standalone deck.

The night sky is dotted with archetypal symbols and stories that have been enchanting the human soul for thousands of years. (From “The Celestial Tarot”)

Kay Steventon, artist/astrologer, and Brian Clark, author/lecturer have combined the magic of astrological divination with the symbols and myths of astronomy to create a beautiful blend. The Tarot’s mysteries are revealed in a unique way that is both empowering and different. It serves as both a guide for the heavens and our inner selves.

The twelve constellations of modern astrology and the ten planets represent the twenty-two Major Arcana cards. The Minor Arcana contains what the author calls “extra–zodiacal constellations”. With the intention of providing insight and symbolism to each card, the Minor Arcana is divided into decants. The Court Cards show that the Princesses represent a season and the King, Queen, and Prince each represent the cardinal, fixed, mutable and cardinal signs of each element. The Major Arcana section begins with a chart that links each Major Arcana card with an element, astrological planet, astrological sign and a Hebrew letter. Each card is identified by its number, title, and astrological affiliation. From the LWB

The Hermit is the Major Arcana card associated to Virgo, the Harvest Maiden. This intertwines the paradoxical themes fertility and purity. She holds the wheat in her left and distributes seeds with her right hand in “Celestial Tarot”. This card represents the season of withdrawal. It is time to take a step back and prepare for the season of harvest. The traditional image of the Hermit, holding the lamp of inner guidance during this time, is visible in the background. Virgo is a symbol of wisdom and cycles, a respect for destiny and an openness to fate. The Hermit is a sign of a time of meditation, where the inner world will be strengthened to prepare for major changes in the life path.

You will have noticed that each card in the Tarot appears as part a series. This aspect of the deck was very appealing to me and I felt it was well presented. 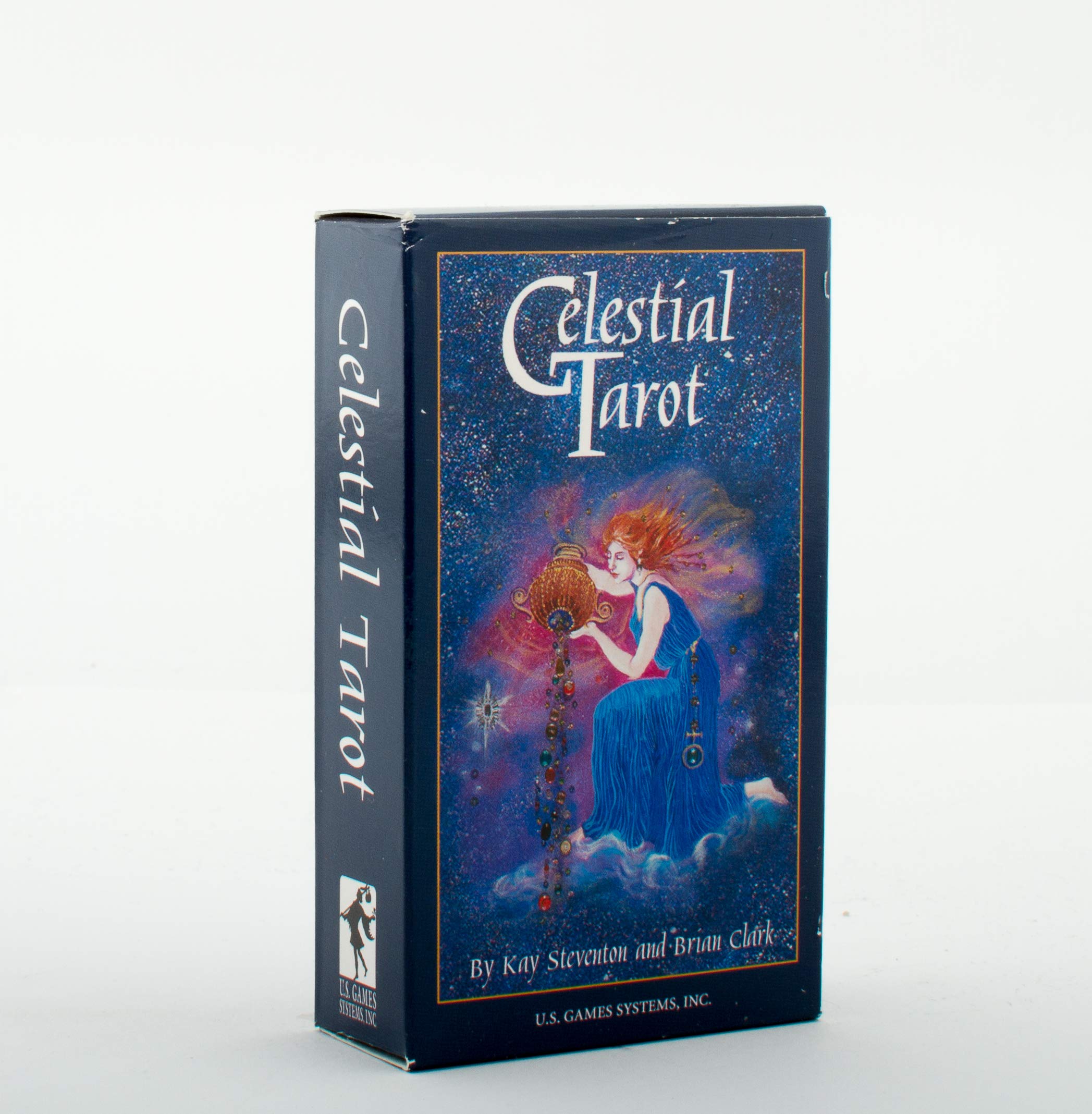